Trending
You are at:Home»Features»This is Sheba Q’s secret to staying productive in quarantine
By Rave Report on May 3, 2020 Features

Pandemic or no pandemic – Sheba Q (Margaret Rwegasira) is smashing it in the jungle scene. Back in the pre-quarantine days, if she wasn’t front-row raving or pushing out her deep sound on Insta, you’d find her rinsing out at parties and radio stations like Keep Hush and Subtle FM, or running her DJ/MC cypher event in Brixton, Jam in the Attic. Sheba Q’s adapted to lockdown well by continuing to embrace technology as an artist, so I caught up with her to find out how. Read on to get Sheba Q’s practical tips on how to stay on point in quarantine – without giving in to productivity pressures from the outside world…

Easy Margaret! You had a lot of gigs lined up this year, which must have been put on hold… How have you adapted to the change as an artist?

Hey V! Yeah I did actually have more gigs lined up, like there was the Return of Technicality event, playing alongside artists I respect, like Flight and Chris Inperspective. They were inspired by those events back in the early 2000s, so that would have been profound. But ya know, delayed, not necessarily cancelled!

Before lockdown I was already jumping into people’s DMs [direct messages], saying things like “can I play at your next event”, and pushing myself to get more radio gigs. And because people are online a bit more now, they’re even more susceptible to exchanging details, receiving mixes and whatnot. So it doesn’t feel that I’m on hold per se. Just adapting and laying the foundations to stay relevant and connected for when it’s back to normal.

Can you share some more insight on how you’ve reached out to people on Insta before quarantine? I know that’s played a key part in getting you to where you are today.

One thing that I’m grateful for is despite the fact that I can appear quite outgoing, as you know I’m very anxious. But I hate regret more. Which is why I might wanna jump into people’s DMs! That’s how I got to be a Clashmouth resident DJ, I must have jumped into everyone’s DMs – Dexta’s, Rob’s and Chris’s. I said “whenever you do the next record fair, I’d like to do the next mix”. Although it breeds a lot of anxiety for me, I know if I don’t ask I’m gonna regret it. And the regret is gonna be worse than the anxiety. So jumping into peoples DMs is something I’ve been practising, and it’s helped me get to where I’m at! 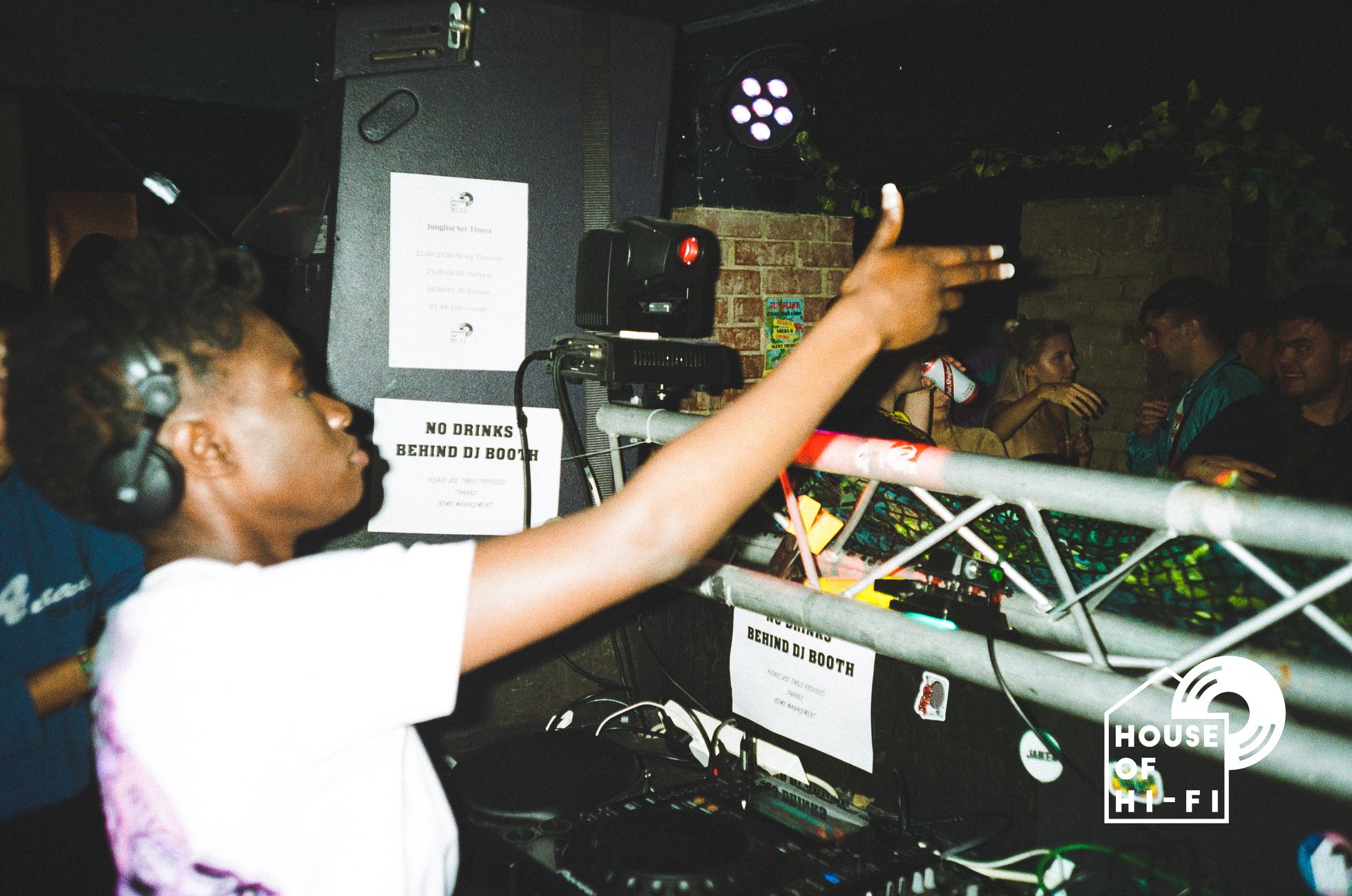 When I was going on my DM escapades almost two years ago now, I sent my vocals to a couple of producers, including Double 0. He got back to me and made a tune using my vocals, then played it at Rupture! I died that day. It’s supposed to be getting released on a label this year and remixed too. It’s very exciting to have an established person make a beautiful tune based on the vocals that I sent over. And I imagine that release won’t necessarily have stopped due to the pandemic, because people are paying more attention to stuff they can sell. I know that’s gonna help me get the coverage that I want.

As much as I love DJing and performing, I can’t wait to contribute to the scene with my vocals. I know I’ve got something unique to say with a unique way of saying it, so I’m excited for that!

That is so sick to get a release of your vocals – all from a DM! So how else have you maintained your online brand as an artist?

One thing I do so people can see who I am is film mini mixes that I post on my Insta profile. I take two cool songs that go really well together, mix them to a fine tune and credit the artists by tagging them. So it’s been nice to carry on doing that.

I’ve even approached some big labels I respect. I’ve said to them, “if I can mix up to scratch, will you post my video on your socials?” So I’ve given my mix practising intention. Because if I record this mix and ask a radio show or label to post it, it needs to be creme de la creme! 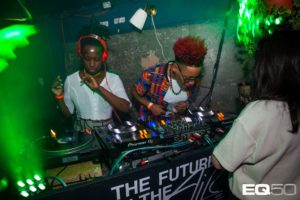 That’s a smart and unique approach to Instagram! I know you’ve been making tunes as well, can you share more about that?

My next venture is learning to produce myself – I’ve downloaded Cubase but prior to that, I’ve been making a lot of music with No Nation, who’s got a hip hop/neo-soul background. We both have a big appreciation for jazz – he used to show me artists like Bobby Caldwell. And since his first jungle rave for BK Balance’s birthday, which he immediately understood, I’ve been teaching him as well. It’s been cool to give your own version of a crash course in jungle. So expect jazzy neo-soul vibes mixed with crazy jungle breaks… and a lot of very geeky references!

We’ve already made a demo project with like three or four songs, where I’ve been singing and having some creative inputs, watching how he uses Ableton. We made them to just see what happens and shared it with some people who we respect their opinion of. They said ”these are strong demos”, but advised us to keep on producing. I’ve really appreciated that. So when we’ve gone back, we can see why they might have said that – it was our first project.

Mad respect for all this productivity. One consequence of this pandemic is it feels like we’re all being urged to hustle harder than ever. How do you balance rest and work with your creative output?

Yeah interesting question, in the sense that when there is that productivity pressure, people are forgetting that there is something ever so slightly stressful happening in the background! One ought to take that into consideration. But at the same time, for me it’s not about putting pressure on other people, but knowing what I can do for myself.

It’s been difficult getting to grips with working from home. I’ve done a lot of resting, I’m not even gonna lie to you haha. A lot of sleep-ins and things. But I’m trying to praise myself for the little things I do. Not going to bed at ungodly hours, and getting a relatively good amount of sleep. If I can say I’ve had breakfast, lunch and dinner, then I’ve kept some kind of routine. It’s all very confusing, but at least one thing that remains is that I’ve had more time to write lyrics, record songs. With time to write things down that are rubbish and do it again, stew over it. So going over that cycle has been nice. 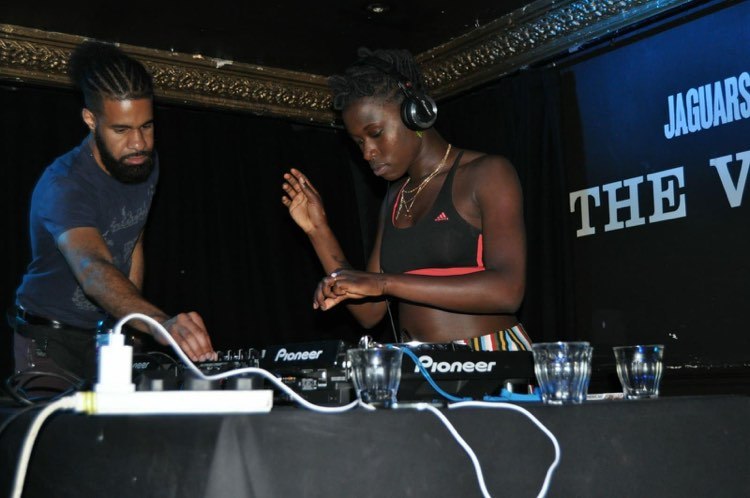 In that sense it’s been good. Because I’m not putting pressure on myself, telling myself there needs to be something to show for it. There doesn’t need to be a tune at the end of the week. I’ve just been fine-tuning all the small elements that lead towards you putting something out there.

Relishing those steps is another thing that I enjoyed that I otherwise wouldn’t have been able to. Having time to marinate with an idea, marinate with my thoughts and contribute to my own creative output.

Yes, I think that is the secret to musical productivity in quarantine! Not putting pressure on yourself because for once we have the gift of time…

Yeah, it’s given me a chance to think about new ideas. One thing I’ve got on the horizon is I want to do a radio show that’s more regular. Talking about the intersectional politics that underpin jungle without talking/preaching at people. I like being a bit of an antagonist because it drives progress and honest conversation. So stay tuned!

What are your top three soundtracks to this mindful marination of ideas!?

Wicked selection. To round it off, any final positive words of wisdom?

Everybody can achieve one thing in a day. When you can say “yeah I did that”, it helps keep the clock ticking. So set intentions for yourself. While being mindful enough to know that those intentions aren’t putting more pressure or anxiety on yourself. But use this time to set intentions, whatever that may be. This is the time to understand what the intention is for yourself! Oh – and I’d like to give a shout out to Chickaboo, EQ50, House of Hifi and the Clashmouth crew.

Feeling inspired by Sheba Q’s tips? Stay up to date with her on Instagram here and check out her latest tune with No Nation here.