Trending
You are at:Home»Features»2019 Reflections with Coco Bryce
By Rave Report on December 27, 2019 Features

Get to know Yoël Bego AKA Coco Bryce – the Dutch producer and selecta who’s taken UK bass by storm in 2019. Loved for his multi-genre sound often underpinned by uplifting amen breaks, the success of his label Myor Massiv has earned his rightful status as a pioneer of jungle’s new wave. Read on to get Coco Bryce’s 2019 reflections on an important year for himself as an artist, and on the evolution of jungle aesthetics…

So your album Night on Earth was a huge milestone for you and jungle music in 2019. What drove you to create this album?

Actually I wasn’t even planning to do a whole album. I did a couple of EPs for Fresh 86, and the owner hit me up and asking me if I wanted to do a double EP.

I thought that an album would make more impact: I’d get my friends to do some artwork, send promos to magazines etc. A proper coherent album is a much bigger thing than an EP, and I hadn’t done one in 6 years!

Over the course of a couple of months, I went over some old tracks and produced some new ones. Because I really did want it to be a coherent thing and not just a collection of tunes. So that’s how it came about.

What’s the concept behind the album?

I nicked the album title off a Jim Jarmusch film called Night on Earth. It’s a really nice movie… if you watch it on YouTube, you’ll get what the artwork’s all about.

It’s five different short stories set in cities like LA, New York and Europe, all about taxi rides in the middle of the night. There’s kind of like a pun to all of them, it’s dry humour… dark-ish… very different from most Hollywood productions.

And with the dog on the album cover, I’ve been using a lot of Snoopys in my art, so I wanted it to be a dog similar to Snoopy.

Actually I wanted to ask you about your artwork: your releases on your label Myor Massiv are so aesthetically pleasing. Do you draw all those yourself?

Some of them! People often think it’s done by one person, but it’s not. All the bootleg Snoopy stuff – I draw those. But the original artworks are done by different people. I use a graphic design studio here in my home town, Breda. They do stuff for the local skatepark where I hang out a lot.

Night on Earth was designed by Rob & Robin, they do the cat faces too. And then I’ve got another friend of mine Etto who did some artwork for 7th Storey and the Myor Massiv logo: the design with the oval head and heart. 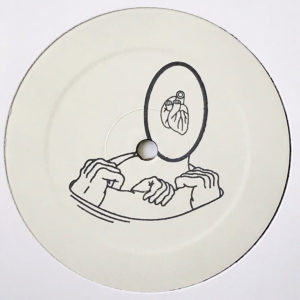 Yeah, the designs are dope. They’d make cool line drawing tattoos actually, some of those.

You know I think it was at Rupture, someone there showed me his tattoos of one of the artworks, which was mind-boggling!

I love that! So we’re all dying to know… what is the meaning behind Snoopy? He’s all over your releases and posts!

Um nothing, I just like Snoopy haha. I love that whole bootleg culture. Fake Simpsons, fake Snoopy, fake Mickey Mouse… In recent years, it’s everywhere. It’s getting a bit out of hand now. Even becoming licensed and official. Like HUF the skateboarding brand, they’ve been doing Pink Panther, Peanuts, all that kinda stuff.

There’s a shit-ton of illustrators and designers on Instagram at the moment. You know my friend Tommy? FFF? He’s really into that as well. He’s been collecting fake Simpsons T-shirts for decades. And knock-off toys. The subculture’s inspired me to do it as well.

I love the way you combine so many different influences in your art. You’ve also secretly been doing UK Garage under Chavinski. And for Sneaker Social Club – my favourite label right now!

Thanks! It’s not really a secret, but I wanted to have a different moniker from Coco Bryce. With Sneaker Social, they’ve got a nostalgic aesthetic, but their stuff is so forward-thinking.

How did you get into UKG, did it travel to the Netherlands?

Not that I’m aware of. Like jungle: garage didn’t ever really blow up outside the UK in the same way. A couple of people heard my garage records and asked me if I wanted to do UKG gigs as Chavinksi. But I only made a few tunes so I’d feel like a fraud. I will probably do it in the future but give me another half a year or a year to get more knowledge.

Dwarde from Tim Reaper’s Globex Corp Crew, he lives in London and he’s a big garage head. He’s influenced me a lot lately. His garage stuff, he’s doing pretty well with it.

So outside of UK bass what other countries and cultures have inspired your 2019 sounds?

It’s mostly UK inspired to be honest. It’s still my favourite place to play man. You can feel the energy there. It feels like the stomping ground. You can feel it’s where it originated and never really left. That whole breakbeat culture, it seems like everywhere else it goes through phases. Where jungle and d&b is hip for a couple of years, then it leaves. In the UK it’s more consistent. There’s something in the water with you guys… I guess people grow up with it, so…

Yeah, it’s the one time I get patriotic! The one time… haha

Yeah, I would be too, I’d be super proud of UK music culture.

And your Coco Bryce sound is almost as varied as the different UK events you’ve played at in 2019. From old school (Like Distant Planet and Bangface Weekender) to new school stuff (Keep Hush, Boiler Room etc)… How would you describe the differences in rave culture?

I’m a bit of an outsider because I’m from the Netherlands, so for me, the main difference is in the crowd. Distant Planet is very varied. There are people there who are really young through to being 60 years old, but everyone’s having it.

Boiler Room and Keep Hush have way more young people. But everyone seems to know their tunes, and even if they don’t know it, they’re really into it. But to me, it doesn’t feel as different as it might do to you.

Yeah, I notice the generational changes the most too: the crowd, the sounds and energy they bring.

When jungle started blowing up again about 4 years ago, there’d be older generation people on Facebook groups, who are aren’t so into newer younger people bringing different vibes and sounds into it. But that’s just silly! Because if there are no new people coming in, the scene will die out. Because otherwise the scene will get old and die out, people start having kids and stop partying.

I like the fresh ideas that young people bring into it. Because have been criticising house producers who are producing jungle because its hip, but for the most part I really love it because they bring super fresh ideas into it. If you’ve only been listening to jungle, then it’s not gonna change. It’ll stick to the same formula. That’s why I really encourage it.

For real, I agree. Speaking of which, I was intrigued by your multi-genre top tracks of 2019 Insta post… 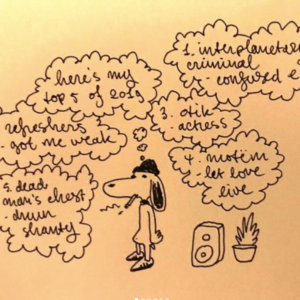 So I accidentally left one thing out – Soundbwoy Killah’s album Halcyon Daze. I’m planning on doing another album sometime next year. I more or less got all the tracks done for it. And it’s not gonna be just jungle. Its gonna have some garage, downtempo, half time, jungle, jungle techno. When I heard the Soundbwoy Killah album I knew I could go back to different styles. Because I really like how diverse that album is.

Yeah, it’s an incredible album: a whole journey of sounds.

It’s a journey yeah. And it goes from one end of the spectrum to the other. I can’t even pick one tune out of it. To me it doesn’t have any hits or bangers, it’s this entity. You gotta listen to the whole album for it to make sense.

When it comes to jungle who else should we look out for in 2020?

All the people I’ve been releasing stuff with (obviously – because if I didn’t think they were really fucking good producers I wouldn’t release their music!). And all the usual suspects: FFF, Deadman’s Chest. Tim Reaper. Indi and Dubs from Rupture, they’ve been really good to me. I’ve got a new EP for Rupture in the works!

Another guy is Necrotype. I just released a tune by him on Diamond Life. He’s completely switched his sound. It used to be dark style, 93 94 rave-sounding stuff. But recently it’s become more lovey-dovey. More similar to the stuff I would play. He’s been really getting into that… and he’s really good at it.

And outside of jungle?

Interplanetary criminal. The musical climate is ready for it. If he released that record five years ago, I would have loved it but I don’t know if it would have made so much impact as he did right now. He does it with the track Sensational, it’s this weird hybrid of MCing, electro and 2 step. With a bit of UK breakbeat to it too.

I think people like Sherelle, all the 6 Figure Gang are pushing it as well. I love what they’re doing, they’ve got their own hybrid style where they don’t stick to one genre. They’re coming up at exactly the right time. It’s inspiring not to just do jungle, when you can mix it up with so many good tunes. 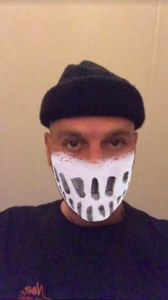 Exactly!!! The musical climate is so exciting right now, I’m totally inspired by it.

You used to buy a techno EP, and it would be four techno tunes. Today it might have techno, breakbeat, some electro, jungle, or some kind of hybrid on there. It’s going back to the early 90s again. People seem to be experimenting again.

Yes, I feel like the innovative new wave of jungle is here to stay in 2020. Big up Coco Bryce we appreciate you, and everything you are doing to keep the scene fresh. Respect my G! 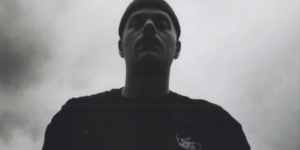