Trending
You are at:Home»Features»Jungle Aesthetics with Luke Skyz & Mark Lighta
By Rave Report on February 14, 2020 Features

Meet Luke Skyz Cullen (Skydesignz) and Mark Lighta McGuinness (Custom Art Dezines): two of the sickest digital artists and selectas in drum & bass. Scroll down to check out their artwork and learn about the influence of jungle aesthetics in rave culture.

Easy both! Mark let’s start with you, how do you purpose your art?

Mark – My main purpose is doing artwork for records – vinyl sleeves. I’m currently working with a new record label from Manchester. Northern Front Records, owned by two of my oldest friends. Response & Pliskin. We’ve had our first release and I do the artwork! 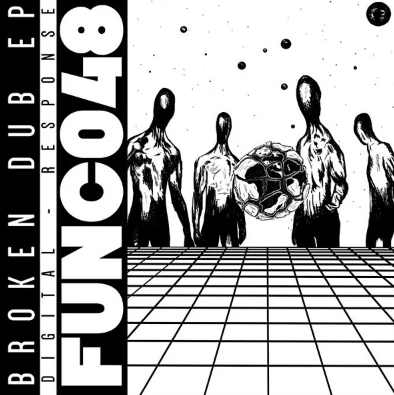 How would you describe the art?

Mark – The art for the Northern Front cover was dark. The music resembles the cover. The world we live in today isn’t something to be proud of in many ways. Because it’s full of hate and war, not to mention vanity. The more controversial the art, the better for me. The label also stands for that. 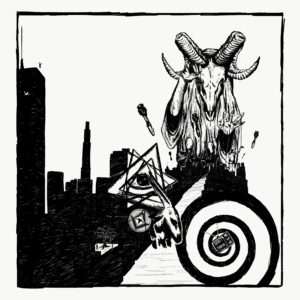 The cover I did for Scientist kept the old skool pop art he had with his old albums on Greensleeves Records. But with a modern twist.

But still, doing vinyl sleeves can be quite stressful! At one point I had three covers to do. I did one for Scientist Dub, I put over 50 hours into that. But it’s on vinyl, it’s out there now. Well worth it for such a legend. 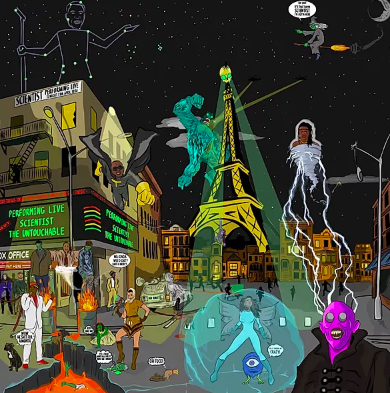 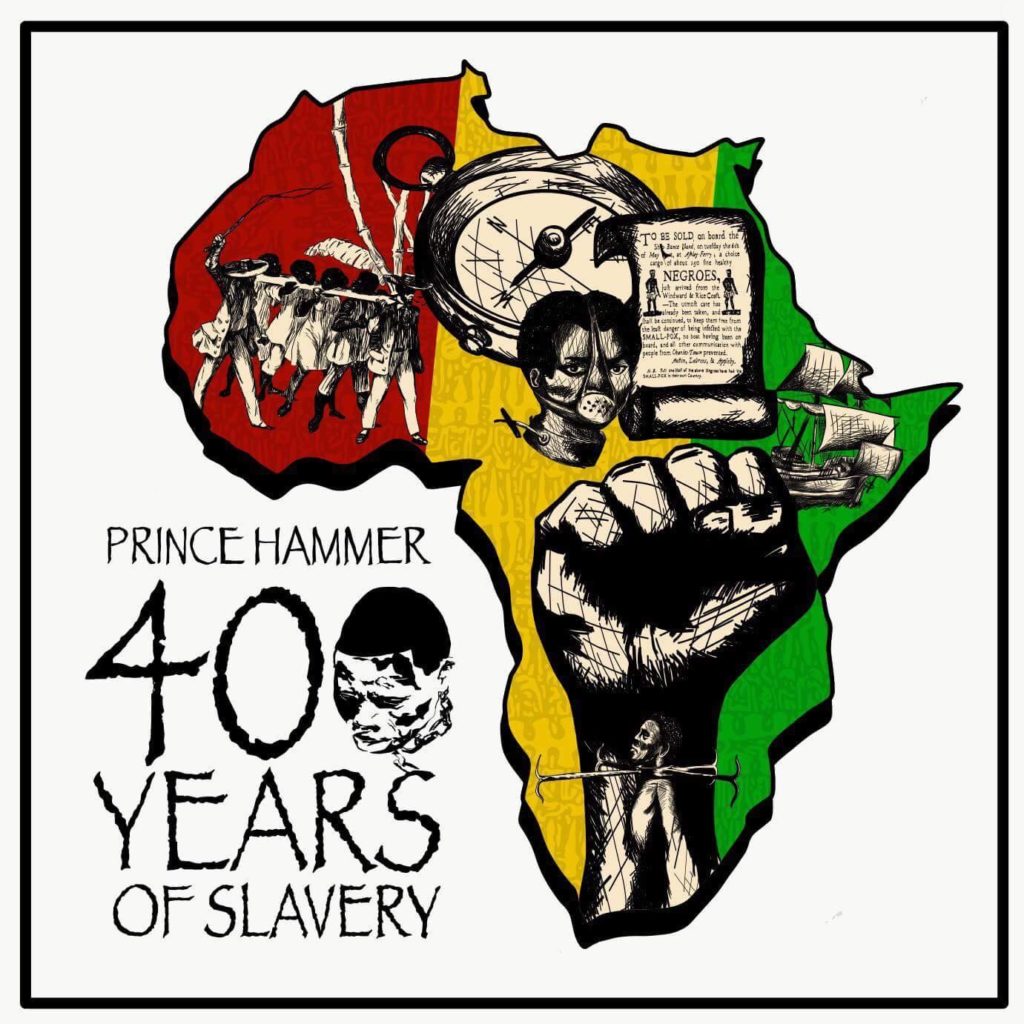 Trust me they are too sick!! And what about you Luke, what’s the inspo behind your art?

Luke – My designs have really come from my love for batman and superman. Old school, original style art. I like to have a colourful impact. And I like the more controversial stuff as well.

One the first I ever did was the cat the anarchist cat with the police behind sticking his fingers up, you saw that? That got quite big in Hong Kong! The poster was used in this rave, then some bloke asked me if he could use it in a movie poster. After that, I started doing more controversial artwork with horror style with cartoon effects. 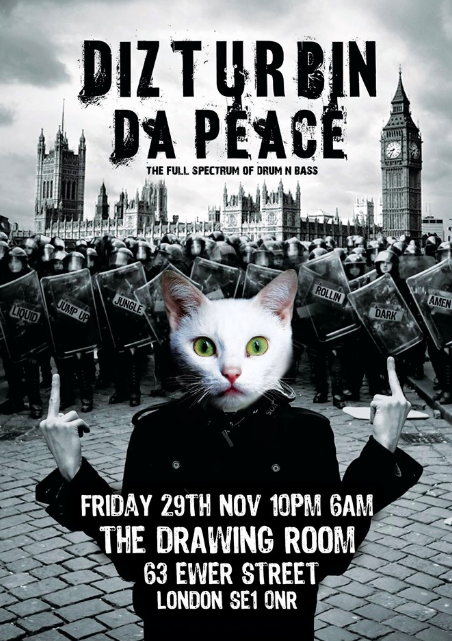 Luke – Skateboard and graffiti graphics got me right into it as well. Santa Cruz was a big influence. I used to pimp up my skateboard with mad sticker cartoons, eyeballs popping out. Thundercats batman, all evolved into my style. I make a subliminal message and if you’re from that era and that scene, you’ll know what that is.

Mark – has graff culture played a part in your art career?

I’m born and bred in Manchester, Old Trafford, Moss Side & Hulme. I don’t know if you’ve ever seen the Bullring in Hulme. You set all walks of life. gangs, punks you name it, covered in graffiti. On the bus with my artwork from school, I saw different pieces and tried to roughly sketch them. I don’t know what half of it said. Sometimes I just wanted to learn about it and how to do it.

You’re quite big on jungle aesthetics and rave iconography as well – I can spot lots of recognisable motifs and characters in your work?

Mark – Growing up and going out in Manchester from the mid-90s up to early 2000s, we had everything… jungle, dub, house, soul and more.  So I went through those stages of enjoying some really good nights. I was collecting records as well.

I wanted to incorporate those things I loved into my designs. It’s like a tattoo sleeve. Everyone’s got skulls and roses so get your own design and do your own thing! I try to incorporate little things from my life and the jungle aesthetics of that era that I’ve loved. Plus what’s going on in the world today.

And Luke, how have you used graphic design in the rave community? Your designs are integral to your old school night Kapow.

Luke – The art was a big thing for Kapow, bringing cartoon themes to old school raves. But it wouldn’t have been Kapow without the music policy. Kapow was for bringing back the old school tunes you don’t hear out. No headliners. Building up a crowd and educating them with tunes you don’t hear anymore. That’s what made it quite intimate and unique. Now we’re doing Unity In The Sun. Something that started from an idea & people tapped into it! 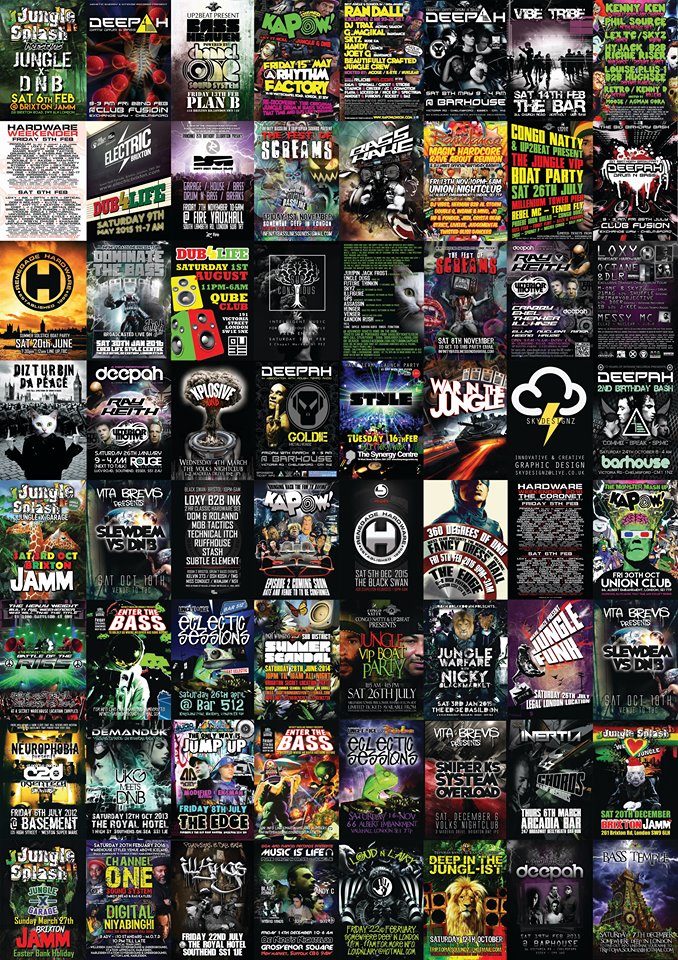 And how did the cartoons and jungle aesthetics tie in with the old school tunes?

Luke – I always used to have different themes, like Lego, Batman and Star Wars. People used to think it was a fancy dress rave! Once on the projector, we had Street Fighter playing. I think Chris Inperspective won it haha! I did my stall there and sold my junglist T-shirts. People would go to buy them, and the music and the art all evolved with it. 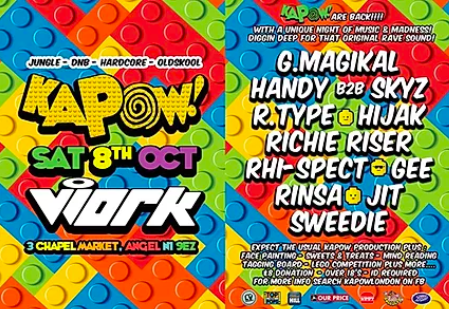 So you’re both inspired by old school aesthetics, which is really attention grabbing! Especially in today’s oversaturated digital world… Mark, how have you used the digital medium to your advantage?

Mark – It brought art back to life for me. I wasn’t doing any art until I left school. I recently upgraded to the iPad Pro with the iPad pen… it’s next level. Pressure centred and everything. With the digital side you don’t have to mess about. You can send it off in whatever format is required. It makes life a lot easier.

I’m not really a natural drawer. When I was younger, I used to draw loads of pics and they’d end up in the bin because I made too many mistakes. But with digital, I was like whoa – you can make as many mistakes as you want! And you won’t ruin the canvas. So I fell back in love with it. I stopped drawing from leaving school mid-90s and didn’t do anything until six years ago. So it’s been a long time.

Any advice on other people in our scene on how to create artwork that grabs your attention?

Luke – In this scene, you’ve gotta be in it for the love, not the money. Starting where I did, people asked me about the workload. I used to do jobs for free, but always using my lightning cloud that represents me. 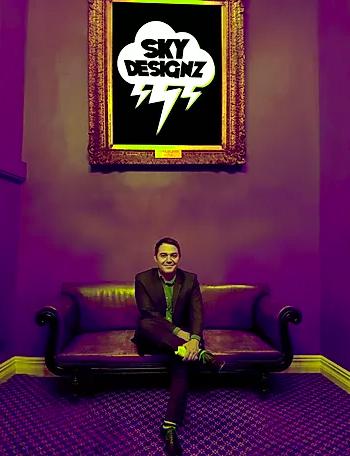 My advice is to get a logo that represents your style from day one. With graphic design, I like to be clear and bold. Not too much blending and shadowing. Minimal effect. You can overkill it sometimes. But ultimately you’ve gotta get your own style.

I couldn’t agree more. Massive respect to you both, the scene wouldn’t be what it is today without amazing jungle aesthetics like yours.

Don’t forget to follow Luke and Mark on Insta, and look out for Luke’s new event Future Proof coming soon!