Trending
You are at:Home»Features»Humanoid: six ways to combine dnb with Berlin techno
By Rave Report on March 24, 2020 Features

Humanoid are a Berlin DJ, producer, sculpture and promoter collective known for combining the dark, rolling UK dnb vibe (think artists like Trace, Sweetpea and Amoss) with stomping industrial German techno. Specialising in grassroots values and spacey aesthetics: their club nights even host a collection handmade of humanoid robots that populate the dancefloor. While travelling in Berlin, DJ N.E Girl and I caught up with the artists behind the movement. And if there was one clear takeaway it’s this: to keep innovating in UK DNB nightlife, there are a few things we can learn from the Berlin techno community…

Monty MYTHON – For me, coming from techno, two hour set times is an absolute MINIMUM! You can’t tell a story in one hour. Only bangers. You need to give people more time to breathe, to tell a story. It’s very important to us. We design the sound so it gets more hypnotic. Techier, faster, rolling…

Dominika HUMA – We’re planning a 24-hour party with our friends from Tiefklang and the idea is one of our residents goes back to back with theirs, for three hours. So we have two DJs who are pushing the vibe for a longer time, so the crowd gets a better connection with the artists and other people in the room.

Joe PRTCL – In terms of both Berlin techno and DNB, it’s progressive. We build up and the last set is always the most intense. Musically there is no calming down, but warming up is key! 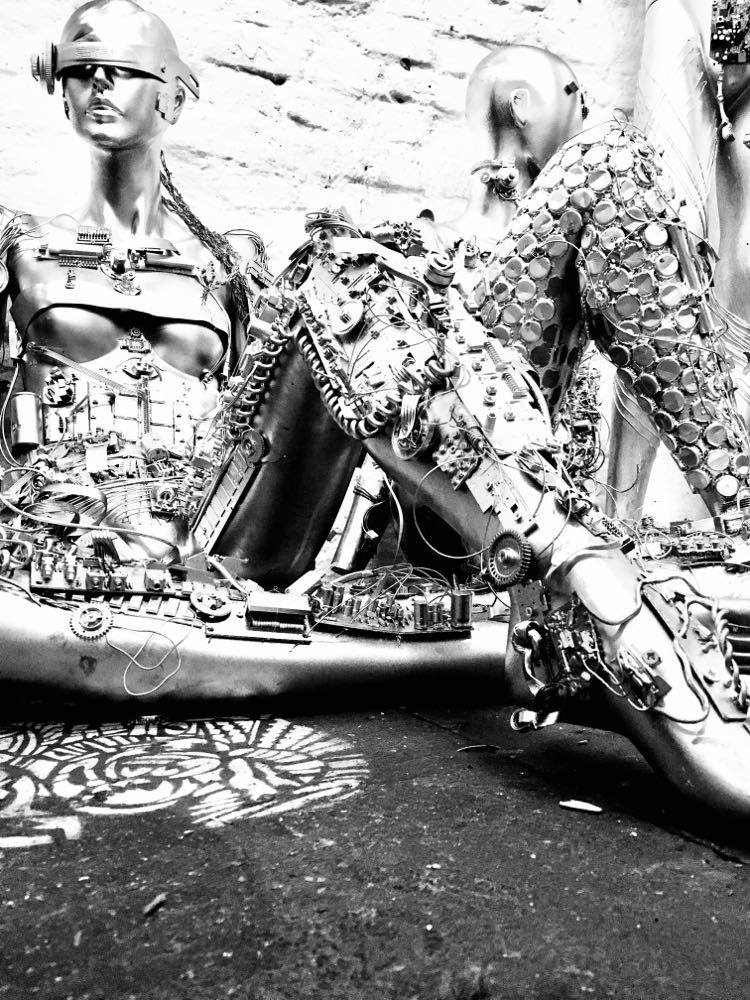 Joe PRTCL – We try to select DNB which is not too dissimilar from the techno. It’s an industrial sound… with hard-hitting drums and groovy basslines. We try to use a sound that’s techy, futuristic. And we use a sound that fits the humanoid sculptures.

Jonas XENON – Berlin techno is speeding up a bit now. It’s more breaky, more Amens are coming in. It’s getting faster and more forward-thinking, I’d say. If you have groovy techno it’s so much more energetic. And it sucks you in and you stay. So crossing between BPMs is not a problem – if it’s well done.

Dominika HUMA – And that makes it easier for people to move to other rooms. People come for the techno and you can see them on the DNB floor by the end.

3) Prioritise atmosphere over headliners and people will party for longer

Joe PRTCL – I think DNB promoters should stop putting so much of an emphasis on the line-up. Big names are big names for a reason, I understand, but as someone who’s lived in London for 10 years and now in Berlin, you can build a community and a following in other ways.

Dominika HUMA – At Humanoid, we made the parties longer and smoother. We want you to come here, have fun, support each other, sit down and chill in our utopia… in our own reality. We’re not creating huge line-ups to go hard and go home. It’s not about the name, it’s how you vibe. I think it’s more important to have a great DJ instead of a famous name. 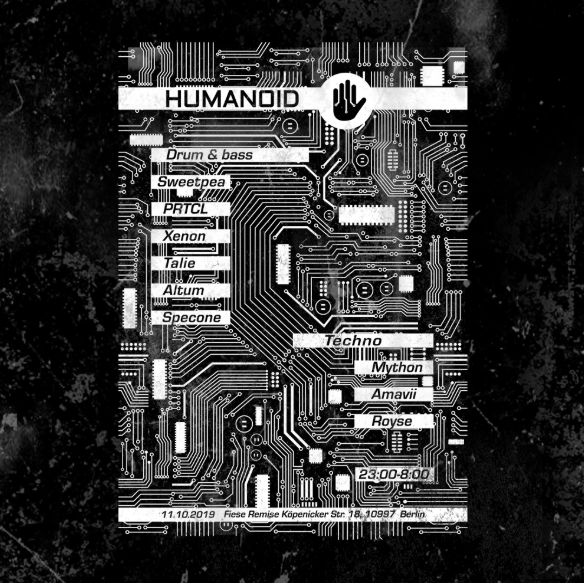 4) Use a techno venue! Or one that is not ordinarily used by the DNB community

Joe PRTCL – To keep it in tune with the vibe we’re going for, we use techno clubs. The most important thing is doing something different. So we’re exploring different venues too, ones that the DNB community in Berlin are not so familiar with.

Dominika HUMA – Our venues must have chill-out areas! It’s important to have this. I went to London with a party of 1,500 and there’s no place to sit down!

Monty MYTHON – For Humanoid we need to have two rooms, that are equal in size and sound quality. It’s not easy to find. But finding new clubs brings a new perspective, a new vibe to the DNB scene. It gets people talking.

Dominika and her hand-made humanoids

Joe PRTCL – Our party is open to anyone but not if you’re being a dick, we don’t have the usual Berlin door policy. I wish they had a bit more selection in places like Fabric. If there’s someone in a suit, they’re probably only there because their bar has closed. So I’m not fully opposed to a bit of selection haha.

Monty MYTHON – There’s a basic policy that applies: we don’t let people in if they look super drunk or look like they might get into a fight. We want a safe space for everyone, if you have problems you can feel like they’re helping you.

Dominika HUMA – We also have a zero-tolerance policy against homophobia, sexism, racism. It’s not tolerated by us. It’s no secret, people are fucking high at parties, so promoters should give them security and feeling of being safe, whoever happy freak they are.

Jonas XENON – Don’t film it! We have an anti-photo policy because it’s really important not to have too many smartphones going on at parties. It distracts from the vibe you know? I see many videos of people filming other people while they are high. That’s not the coolest way to do it, let them do their thing… if they chew they chew you know? Haha!

Dominika HUMA – You lose the party if you are on your phone all the time. How can you be connected with other people? I want our crowd to experience and be with each other – analogue connection, not in a digital semi-connection. To have fun right here, right now and not think about the outside world.

Monty MYTHON – You’ll never watch the video again. The video will be gone in a day. It allows you to dance like the crazy guy!

Follow Humanoid on Facebook and Insta to stay up to date with the latest events, mixes and more… 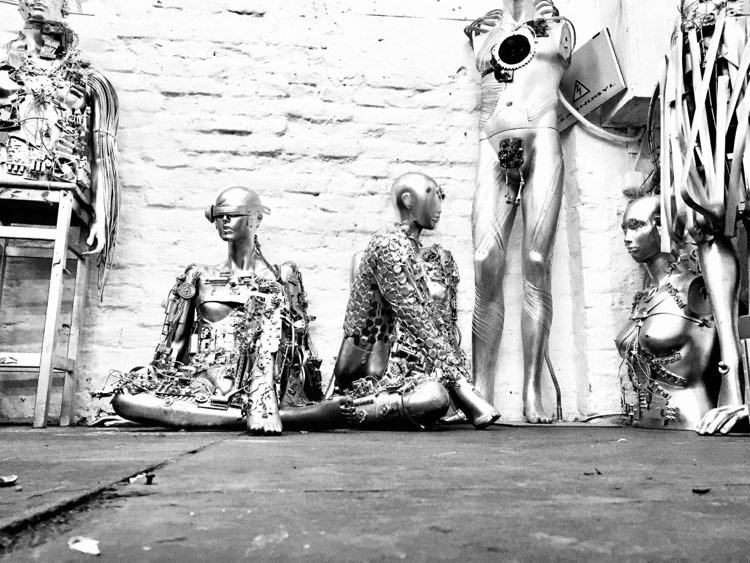