Trending
You are at:Home»News»BNDT72 are the French footwork jungle duo you need to know
By Rave Report on May 18, 2020 News

If you consider yourself a junglist or a hip hop head, chances are you’ll love footwork too. Why? Because it bangs at a similar tempo to jungle at 160 BPM: filled with frenetic percussion, rumbling basslines, minimal production and choppy hip hop samples. It’s no wonder that when you mix footwork with jungle, it’s a match made in bass music heaven!

For anyone wondering what Footwork is, in a nutshell, it was born in 1990s Chicago. Kind of like a love child of juke and ghetto house! The genre was pioneered by producers like DJ Rashad, DJ Spinn, RP Boo, Traxman and DJ Clent, and their infectious beats sent dancers’ feet flying.

Since then, cities around the world have brought their own cultural influences to the sound, from Japan to Poland and France. And given its fast tempo, it’s no surprise UK junglists have taken to footwork like a fish to water too! The sound has been mixed beautifully with UK 160 BPM flavours, by artists like Om Unit (under the alias Philip D Kick), Machinedrum, Fracture and most recently, Sherelle and the Six Figure Gang.

Learn more with Yazzus: why Footwork Jungle is making a comeback

One French duo that embodies footwork’s global eclecticism are the talented BNDT72. Their latest EP ‘LOST’ has just been signed and remixed by Chicago legend DJ Spinn, and cuts up footwork with acid jazz, dub vocals, and basslines reminiscent of early Dillinja or Lemon D. We loved the EP so much we were keen to meet the guys behind it! So we caught up with BNDT72 to hear about their influences, what the footwork scene looks like in France, what makes French footwork “French”, and what footwork jungle tracks every d&b lover should check out…

Hey BNDT72 , absolutely love your new EP, how did you get it signed and remixed by DJ Spinn?

Adios: Hey thanks for the compliment! We simply sent a demo and Beat Machine replied that they were interested shortly after.

Broady: And for DJ Spinn’s remix, Beat Machine took the initiative and we are very happy that he participated in this project! It’s truly an honour, much respect to him.

How did you take Chicago juke and footwork and flip it in your own way?

Broady: It’s the result of our diverse influences. We like a lot of different genres. So we didn’t want to put up a barrier and lock ourselves in one unique style. The EP is very Juke/Footwork but there are sounds from jazz, dub, techno… we like to try to mix genres and break codes. That’s all.

Adios: I don’t know if we could say that we really appropriated Chicago Footwork because precisely it is a very clean style with sounds proper to itself. Our sound has a lot of elements and inspirations, and the rhythm is the only element that we pick from Chicago Footwork. 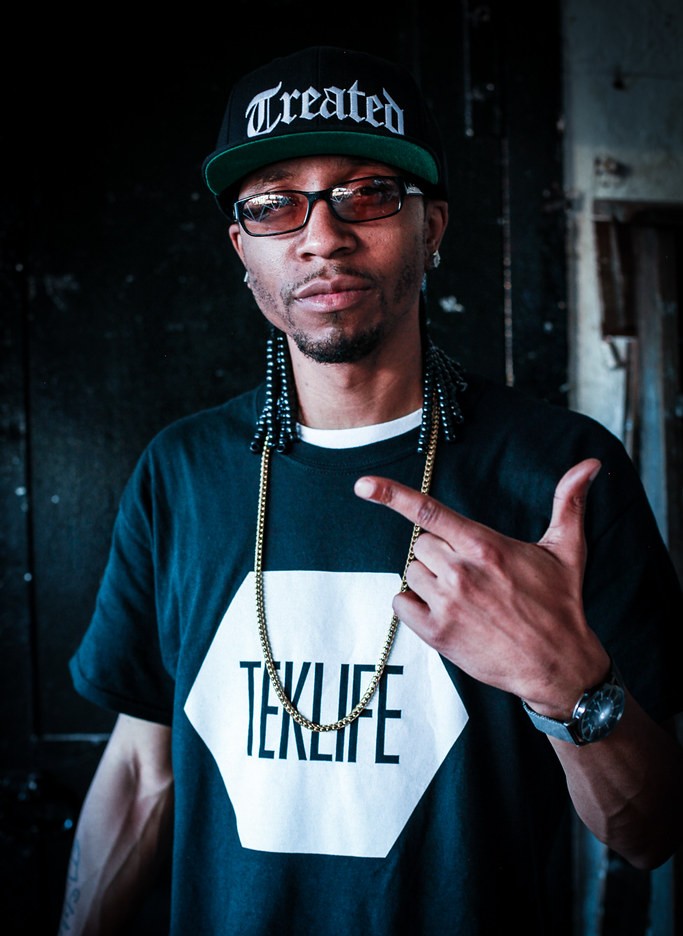 What are your other key musical influences?

Adios: Our other influences are dub, jungle and hip hop and many more.

Broady: We like boom-bap style sampling and also breakbeats. Hip hop and jungle appeal to us a lot because these musical styles are already full of sample influences. 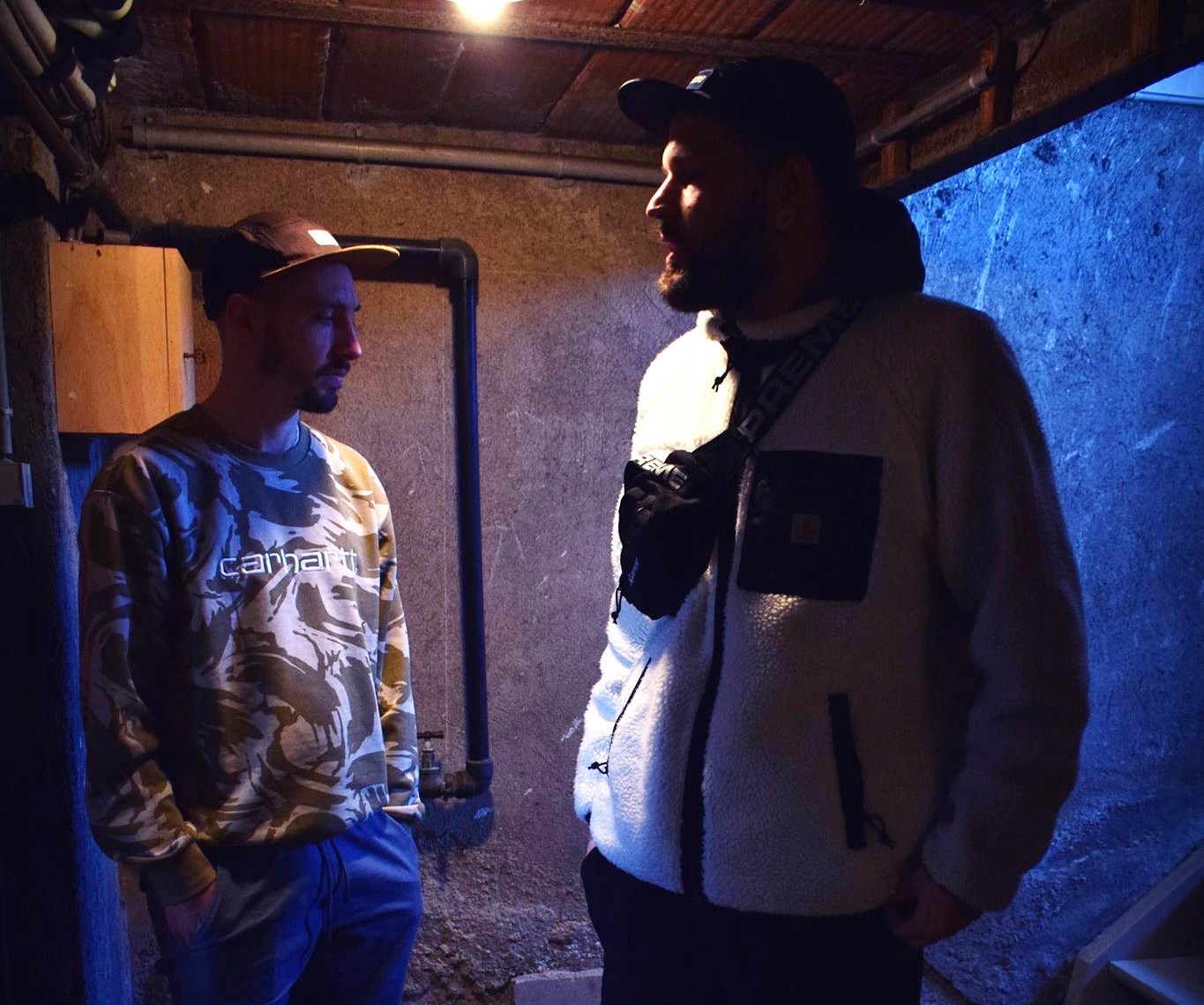 How did you hear about footwork in France?

Broady: Since we met in high school, we’ve always been sharing our underground music discoveries. We always liked to find genres little known to the general public.

Adios: In 2012, a mutual friend [also a producer/digger, called Itako]advised us to listen to the Bangs & Works compilations of Planet Mu (volume 2 was released a few months ago) and at the same time, there was also the release of Reworkz EP from Dream Continuum. We found it really refreshing and innovative. Then in 2013, it was like a revelation hearing Legacy – RP Boo, Double Cup – DJ Rashad, Teklife Vol. 3: The Architek and Vapor City – Machinedrum.

What’s the footwork scene and sound like in France?

Adios: Footwork and more generally sounds from UK or American underground cultures are little represented in France. It’s a kind of music classified as “marginal”. It works almost like communities, where we talk and get to know each other through forums or Facebook groups.

Broady: In 2015 there was a collective called Le French Work. It released the first compilation with the aim of bringing together French-speaking producers from France, Belgium or Switzerland. They warmly welcomed us. They’ve just released volume five and with each volume, we’re happy to see new names and the collective growing. Big shout out to them!

Adios: And in terms of sounds, the compilations are rich with various influences, which will sometimes even draw on an old French song or Eurodance anthem.

What are your top three footwork jungle tracks that we should check out?

Why do you think Junglists and DNB lovers should listen to footwork?

Broady: I ​​think it’s the right musical style for junglists and d&b lovers looking for freshness. They will find tracks close to d&b/jungle with a different and innovative look. It’s also a genre close to hip hop by its approach to street culture with mixing urban influences.

Adios: Because more and more D&B/Jungle producers are inspired by this culture. So it will help them understand why this genre is becoming a pillar in electronic music.