Trending
You are at:Home»Features»DJ Chef: What is the future of D&B Radio?
By Rave Report on January 14, 2020 Features

Shafique Khan (AKA DJ Chef) has been a veteran of D&B radio for 25 years. He first earned his stripes back in 94, playing a residency alongside headliners like Randall, Hype and Andy C, and got his first show on the legendary pirate station Kool FM. Chef remained a resident and manager on Kool for 13 years, running labels and raves on the side. Since then he’s moved onto Pyro, and has appeared on Rinse, 1xtra, Ministry Radio and Kiss 100. Read on to get Chef’s opinion on today’s climate for D&B radio, and what it will take to move with the times…

The main difference I’ve seen and witnessed is the community. But first when you say online radio do you mean D&B stations like Life FM or Rough Tempo? Or do you mean the narrowcasting thing people are starting to do now for a more specialist audience when you can narrowcast from your room or in rented studio setups?

Oooh, let’s get onto narrowcasting in a bit…but for now yeah let’s talk about old school pirates vs online stations.

The biggest change is the effort and knowledge that everyone had on a station. Every artist on a single station was somebody doing something already. I’ll use Kool FM as an example. For D&B/jungle DJs like myself, Kool was the pinnacle. So I worked hard, put in a lot of effort, ran nights, labels. Was active in the scene. Because it was still new, we were still learning, still pushing things. And people were dedicated and tribal with us. They’d be on that station all day. So you would know Brockie’s on 9 – 11 Sunday. That was gospel, that was in your diary.

In the analogue days, you had to make sure you were listening – or got hold of the tape. Radio was the social media of the 90s. It’s where people heard you, and heard where you were gonna play out. That’s how you heard the latest dubplates, it was the main outlet.

Radio was the social media of the 90s! Haha that’s a great soundbite. And how does that contrast with today?

What I’ve found now in today’s D&B radio community, is that people are more often just DJs. They do their one show and they don’t do much else in the community. It’s narrow. With social media, people are becoming more and more in their own bubble. And social does half of the marketing for you. But that’s my perspective and how I see it. 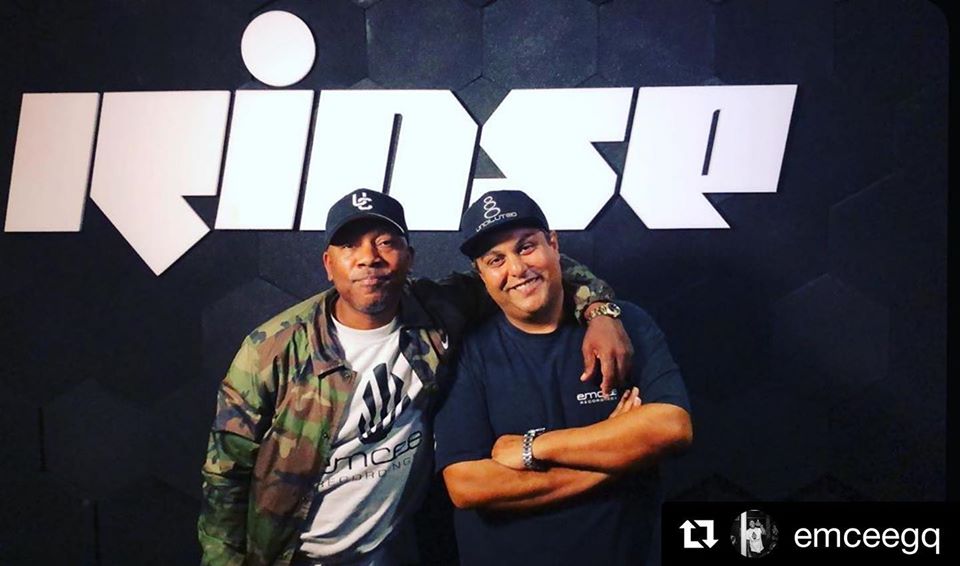 That goes back to what you were saying about narrowcasting… What do you think is positive about this shift?

The great positive is that if you have a successful brand or label for yourself, you can focus on that and dedicate your time to your audience who interact with you directly. Narrowcasting has its benefits in building your own fanbase.

Specialist labels like AKO, Funktion and Rupture have a dedicated following. So if Stretch wanted to do his own AKO show, he’d have an audience sitting there waiting. It’s happening with Rupture on Rinse. People will tune into Rinse just for Rupture. So it’s become a global sound but the only way they get to share stuff is through narrowcasting, meaning it’s more restricted to their niche audiences.

I’ve noticed some of the more old school pirate stations haven’t really moved with the times. So ratings are dropping, and they’re starting to die out… It’s a shame. Why do you think that is?

There are a few stations who’ve neglected moving with technology and it has been detrimental to them. Just putting up a Facebook post doesn’t really justify the hard work that goes into putting in the hours collecting music, doing the show. All the DJs do it because they love it. No one is doing it for nothing else but love.

But even with Facebook live streams…it’s just not something I really want to do! People ask me to do it. If it was my choice I’d be like just login to the stream?! I’m not a performer. But it’s an old mentality not wanting to move forward with what the generation wants.

Look at Block 2 Block. It’s got a great format and a very young audience. The audience wants to see people going nuts behind the decks, gun fingers out. But I’m so not of that generation haha. I think it’s a very generational thing, people are living off hype. Building hype machines for themselves. And the thing is they are getting the bookings! Because it’s engaging content, and it brings the audience.

Yeah, that’s definitely a trend. A platform can share a 10-second video clip when everyone gets the gun fingers out. And that can go viral in minutes!

And it might not even be that great inside aha. You can just have your friends supporting you turning into a thing. So in a snapshot, visually it looks like it’s going off. I’m not a person to judge, it’s just not where I came from man! I’m now 45 now I’ve been doing it since I was 18. It’s been a big part of my life. I just had to work hard. But now we’re in a totally different context where the new generation live on their mobile phones – I’m guilty of it myself. It’s changed everything. 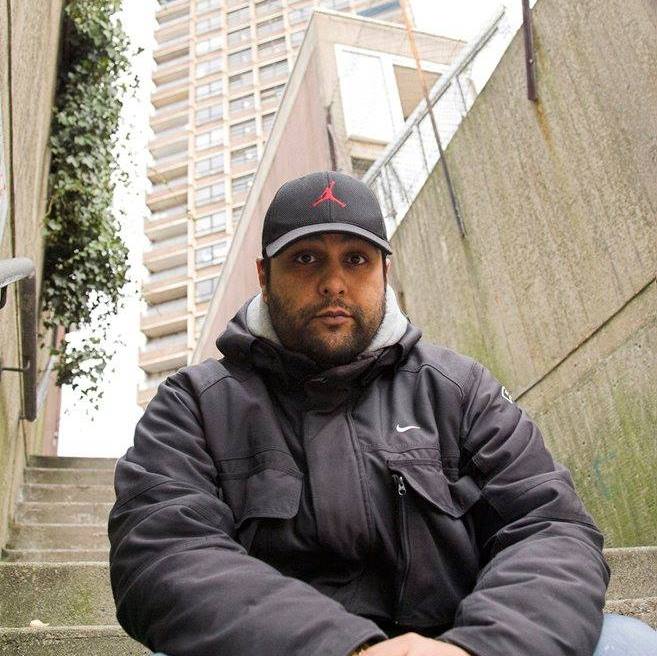 You teach media, so you’re interacting with this generation daily. What’s the attitude towards radio amongst your students?

I ask the kids, “How many of you listen to the radio”. Two or three put their hand up. “Why do you listen?” “Cos I’m forced to.” And I ask why? And they say “It’s when I’m in the car with mum and dad”. It’ll usually be the sport as well. They grew up in a tech age, so they don’t know radio as a medium. They think “What’s the point if I missed it!? When I can just listen to stuff if I’m interested in it”.

So what are the best innovations you’ve witnessed for D&B radio stations to move with the times and engage with younger or wider audiences?

When you look at Life FM they have the green screen. They have moving images. Which just makes it that bit more engaging and adds a bit more value. It’s a great marketing tool, which can be repurposed.

I think the most innovative thing that happened because of technology is that global DJs can broadcast/stream from their home or location that has internet access. A few of the stations that I’ve been a part of have used this to grow the roster of international artists on the platform, by getting them to live stream from their location. Bassdrive.com have been leading on this technology for years. Other sites like Kool London are now streaming international live shows, Lion Dub from New York and Marcus Visionary from Toronto. So when I worked on the Intabeats show on Ministry of Sound, Marky would do a live show and stream it from Brazil. It would be redistributed to their network and would bring in whole new audiences.

But that was then! People wanna see more of it now, more of a personal brand and want to watch the DJs. The interactive elements of radio now are all down to social apps. For example on Insta you have stories, a lot of DJs use that feature because it’s what is happening at that minute and can inform their fanbase of what’s happening in realtime. Also features like “ask me anything” feature when they’re live on radio, or even Facebook chat makes it more interactive.

Yeah, people really engage with those “ask me anything” features…

Because they’re fans. As far as doing it myself, I am quite traditional in my style and my approach. For me it’s just about using the technology – it’s no longer just the stream. It’s social that I have to engage with. You’ve gotta be self-aware and on top of self-marketing. Constantly. For each show, I share on Instagram on four points in the day, so people know that I’m playing. Morning, afternoon, walking to radio and in the studio. So social media is now how you operate in your radio domain today. So yes I think there is a future for D&B radio, you’ve just gotta take advantage of the new avenues.

It’s amazing to see how much graft and commitment you’ve put into this scene over 25 years still going strong…and on top of your day job too. Keep on staying real and shelling down more D&B radio in 2020. Salute Chef!!

For more on the future of drum & bass radio check out the panel feature in our 25th-anniversary book featuring Chef, Uncle Dugs, Eastman (Kool FM) and Lady V Dubz. Catch Chef fortnightly on PyroRadio every second and fourth Monday of the month.  You can follow him on Instagram @Chef_dnb and on Facebook at DJ CHEF.